The Nationality and Borders Bill: The UK’s Commitment to Refugees is Under Threat 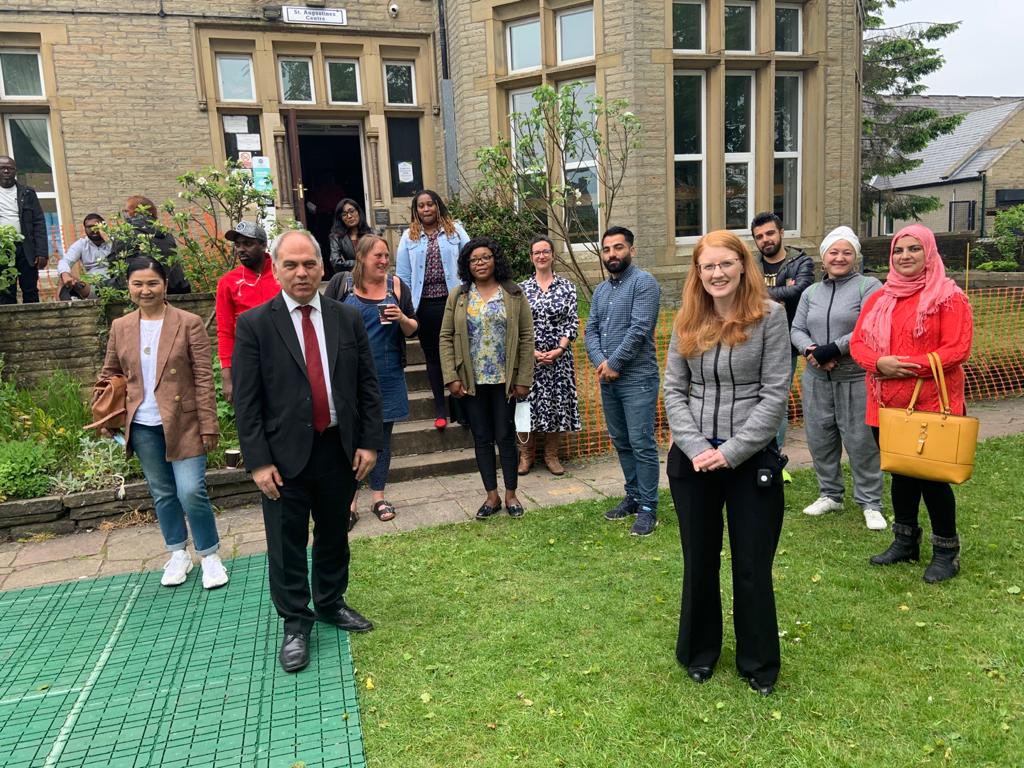 Following the proposals set out in the government’s New Plan for Immigration, published back in March alongside the consultation that we (and you as individuals contributed to), this week the ‘Nationality and Borders Bill’ (or more correctly named ‘Anti-Refugee Bill by the sector) was introduced to Parliament. It was debated on Monday and Tuesday and passed its second reading with 366 MPs voting in favour and 265 voting against. But there are still many months of discussion ahead before it becomes law…

There is no doubt that this is an intentionally provocative and dehumanising law that will see Britain turn its back on some of the most vulnerable people on Earth. It breaches international law, the Refugee Convention and undermines our compassionate British values.

The government says the proposed new law will put in place measures to ‘fix the broken asylum system’. Yet it does little to address problems in the system, such as the large and growing backlog of people waiting for decisions on asylum claims, and contains countless measures that will make it harder for people fleeing war and persecution to find safety in the UK. You can read a full summary of the debate in parliament and MPs’ contributions here.

We believe there’s lots of troubling details in this Bill, the worst of which we’ve summarised below:

The UN Refugee Agency has warned that these plans “will cause great suffering and undermine the 1951 (Refugee) Convention and international protection system, not just in the UK, but globally”.

What can we do?

St Augustine’s stand firmly against these proposals, as we work to promote unity rather than hostility within our communities. Migration goes to the heart of who we are – as individuals and as a country.

We urge our local political leaders to recognise the humanity of those who have to flee their homelands and seek protection, no matter how they arrive in the UK.

These plans will severely affect our St Augustine’s community and we need your help in standing against them. Here are several ways you can take action. Will you join us?

Take action by celebrating refugees with us and defending the Convention’s principles!

This Bill poignantly comes the week before we celebrate 70 years of the UK welcoming refugees. On 28th July 1951, in the aftermath of WWII in a shattered Europe, Britain played a leading global role, proudly stepping up with 26 alongside other nations to protect people fleeing war and persecution. Almost 70 years later to the day – the UK government is seeking to step back from that agreement. We must remind ourselves of this sobering reality of what this means for Britain as a society.

The UK has long been a place of safety for people fleeing war and persecution. That’s something we can all be proud of now, and something we must protect for the future.

So join us from 28 July – 4 August 2021, to celebrate the convention and join #TogetherWithRefugees campaign to preserve our commitment to these principles, and urge a fundamental rethink of the government’s proposals and Bill. We are planning to flood Calderdale with orange hearts – the symbol of a kinder, fairer approach to refugees.

Can you take photographs or videos of yourself and an orange heart at local Calderdale landmarks? Or feature the orange heart in some other creative way – and take lots of photos. You can create your own orange heart or you can print one from this folder. Be sure to share your activities on social media using the hashtag #TogetherWithRefugees. You might also want to write a quote or a pledge on your orange heart.

Orange hearts representing thousands of personal and local community pledges displayed at key moments throughout the UK, will send a powerful and important message to the UK government. See what the orange heart symbol stands for here. Combined with efforts to target local MPs it will show the groundswell of support for a more compassionate approach to refugees.

In order to raise awareness and support for refugees locally, St Augustine’s, in partnership with Calderdale Valley of Sanctuary are launching an awareness raising programme, which will aim to reach out to schools, media, local organisations, businesses and facilities. We think this is a really important way to enhance community relations and encourage integration.

We are also about to launch our very own ‘Experts by Experience’ campaign group made up of brilliant members of our community. This group will help raise awareness by sharing stories and engaging with the local community and media, campaign on key local and national issues and help input and steer decisions within our organisation.

If you’d like to know more, be involved or support us in any way, please contact Charlotte: charlotte.butterick@staugustinescentrehalifax.org.uk

Refugee Action launched the #CommitToResettlement campaign, supported by Together With Refugees, that is calling on the government to announce a target for refugee resettlement. As many of you will know, refugee resettlement is one of the very few safe, formal routes through which refugees can enter the UK.

However, refugee resettlement is at great risk. For the first time in two decades, the government has failed to announce a target for refugee resettlement. Targets are essential to resettlement programmes as they are the only thing that can support local authorities to pledge places and to plan. There is a real chance this programme will be left to wither away.

But we believe we can change this! So we urge you to sign Together With Refugees petition calling on the Government to commit to resettle 10,000 refugees per year. Please sign and share this petition! And you can retweet us here.

Other ways to help

Lobby your local MP on the Bill and advocate for a kinder, fairer and more effective approach to refugees, to show their voters care.